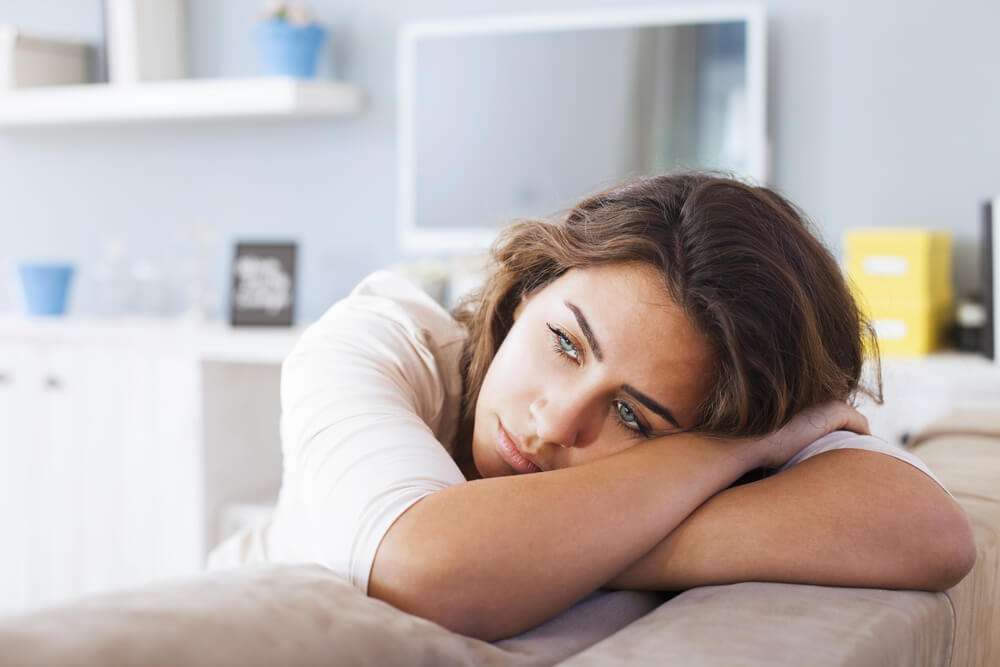 The check engine light can actually be the thing that saves the car- otherwise, you’d never consciously be aware that there was something wrong with the car.

It can seem like our bodies are against is on this fertility journey because they are not doing the one thing we want them to. But they really are doing us a favour by letting us know that there’s something out of alignment that we have to take care of first. I’ve seen everything from PCOS, to endometriosis, to the thyroid, to male infertility, to unexplained infertility disappear once the emotional cause was dealt with.

The below is an account of one of my clients who conceived against all odds by addressing the underlying emotional issues that were causing her physical pain. While each person has a different set of circumstance and things might manifest I’m different ways (different external factors, beliefs, etc). It all comes down to the same principles.

This is Lea’s story

When I first chatted with Lea, she had had some sort of illness or another from her late teens on. She fixed her autoimmune issues with a strict gluten-free diet but was still plagued by a vicious case of endometriosis. This not only made her daily life (and especially around the time of her cycle) very painful but also harder to conceive naturally. She had been to a Chinese medicine doctor and taken many herbs and medications, but it didn’t seem to be getting any better.

It’s so important to look at the whole person versus just the uterus because these other things inform how or if our body functions.  Like all of my clients she had a combination of factors going on so I’ll break it down into four categories: External factors, Beliefs/Mindset, Body/Physical issues, and Energy/Law of Attraction.

External factors are things outside of ourselves that contribute to our stress level. I’ve found 15 common factors which include things like a stressful job, family, having a hard time saying no, body image issues, money issues etc.

Lea was a PhD student who was also an editor at a very prominent magazine AND was doing freelance work. This left her constantly stressed, never able to take a break and always falling behind in something.  Your Brain’s main function is to keep you alive (fight or flight response). It wants you safe and taking care of yourself. So when you are burning the candle at both ends with work, not taking care of yourself, constantly in fight or flight mode, AND trying to create a human- your Brain says, are you NUTS?!?! Where are we putting this baby? We’re already freaked out enough with work. So it will shut down your reproductive system and “save” you from adding another thing to your plate.

Beliefs are thoughts that we think over and over again until they feel true for us. They aren’t necessarily true on their own but we have accepted them as true. We can get them from doctors, parents, teachers, our experiences or just plugging into the fabric of what is societally accepted or thought to be true.  Beliefs can be sneaky because they may not be conscious, may have happened years ago, or only come up every now and then. But if our brain looks at the thought/belief as a threat or a limitation it will keep us stuck. Mindset is a hugely overlooked area of fertility and in my practice has been THE thing that needs to be addressed in order to move forward.

Lea had several beliefs going on, some of which you may be able to relate to: I’m running out of time, It should have happened by now, it’s never going to happen for me. She also had the belief that she has a lot of things wrong with her, so the baby will too, they won’t be able to make a stable home for the baby because they move between countries and her husband’s work wasn’t steady.

The fear is always worse than what actually is Happening. But the thought is scary enough that it stops us in our tracks. Doing mindset work dismantles the fear and turns it around so that your energy is neutralized and you are able to move forward from a place of knowing versus terror.  It’s so easy to focus on our fear of what could go wrong, but once you start sending energy to what is/can go right, you are way more powerful and able to move forward.

Lea faced these fears, many of which had been going on for years and she is no longer plagued by them. This made her brain feel safe, so her fight or flight switch turned off, and her uterus turned back on.

Everybody part represents something emotionally. For example, the knees have to do with your flexibility (or lack thereof) as a person, the throat has to do with being able to voice what you need or feel like you’re being heard. The body can be used as a brilliant map to discover what emotional patterns we need to address.
For Lea, she had one of the most severe endometriosis cases I’ve seen. It was wrapped around her uterus, and bowels, plus she had one ovary removed and one Fallopian tube blocked. This would seem overwhelming to anyone, and not surprising why the doctors told her IVF was her only option.

In terms of the emotional cause to the physical manifestation, endometriosis has to do with insecurity, disappointment, frustration and blaming. The reproductive organs are located in the Sacral chakra which has to do with creativity, children and relationships (family or romantic). The bowels have to do with a fear of letting go and releasing what no longer serves you ( See “You Can Heal Your Life” by Louise Hay for other emotional/physical causes).

So we had to look at where Lea was feeling disappointment, insecurity or blame in these areas.

One of the things that came up was that she had had a strained relationship with her mother for her entire life. Lea’s mother constantly wanted her to be girly and perfect and to like all of the things that she herself liked. But Lea was a solitary, non-conformist, and kind of a misanthrope. She never met her mothers standards and her mother could never get over it. So there was a lot of blame and frustration there- as well as insecurity in that she didn’t feel like she was enough as is.

The other things were that her husband was from a different country and her in-laws were very difficult. They had certain traditional expectations that she didn’t meet and they blamed her for their not being grandparents.  They constantly said passive-aggressive and careless things which made her feel incapable- and also filled with rage. She had to work through her frustration, blame and insecurity with them in order to move forward. It wasn’t easy to work but she did it.

She was able to release other people’s stories about why she wasn’t enough, and plug into her intuition and telling herself that she was. By all physical accounts, she should not have been able to get pregnant on her own, but she did! She now has no endometriosis symptoms.

So often we think we are being positive but we are actually coming from a place of need or lack. It’s hard not to. But where you put your energy matters. According to the Law of Attraction, like energy attracts like energy. The Universe has to bring an energetic match how we are putting our energy out there. For example, if you constantly say “getting pregnant is hard” – while I understand that’s been your experience, it’s also what you’ve been expecting. If you expect to get pregnant to be hard, you’re met with an energetic match to that – more negative tests, arrogant doctors, etc.

For Lea, she kept seeing herself as defective. Because she had dealt with autoimmune diseases in her twenties as well as endometriosis and now infertility; it was understandable that she didn’t have faith in her body. But remember the body is taking orders from the brain, so it’s not the body’s fault.

We needed to shift her energy because as long as she was seeing herself as defective, she was attracting a match to that energy. Which of course, would attract another malady and would not allow her to get pregnant.

So we began focusing on what her body was doing right. Thanking it for all it does on a daily basis and restoring trust in it.

She always felt that she was focusing on trying to get better and “fix” her physical conditions. That may sound positive on the surface, but from a Law of Attraction perspective, “I have to fix it,” actually says to the Universe,

“I’m broken. I’m defective.” So that’s the energy she was being met with. A few energetic tweaks like this and she was on her way.

Lea is 40 with one ovary, one blocked Fallopian tube, severe endometriosis. Doctors said she couldn’t do it without IVF and even that might be questionable. She overcame the odds and conceived naturally. She’s had a healthy pregnancy and is due in February.

By looking at the mindset component you can uncover the mental blocks that are causing the physical issue and not only move your fertility along, but really every area of your life.  You are no different than Lea. You can do this.

And if you need help, visit www.fusionfertility.com

All the best on your journeys, mamas.

A’ndrea is a Holistic Fertility Expert, Reiki Master and author of How to Get Pregnant Even When You've Tried Everything: A Mind Body Guide to Fertility. She uses a combination of Reiki, intuition, and mindset coaching to move her clients through the emotional and physical blocks that are impeding them from conceiving naturally. Though based in Los Angeles, she helps women all over the world achieve their dream of motherhood.