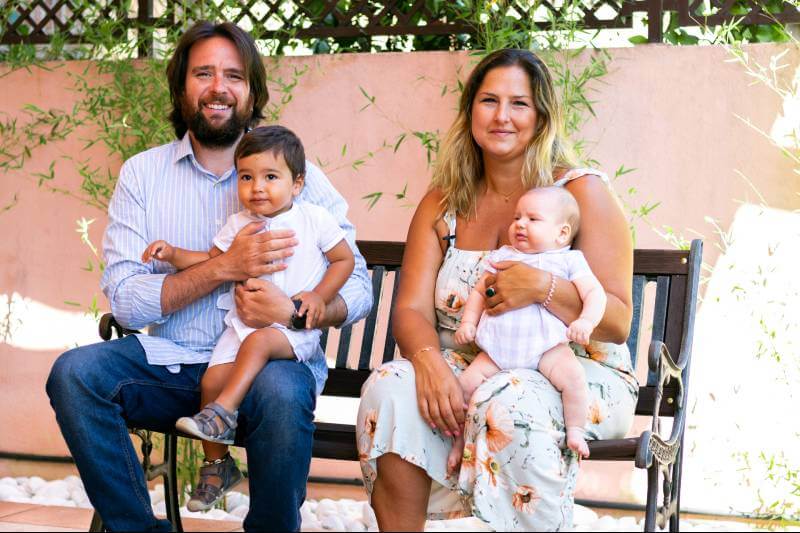 In 2008 doctors told Tania that she had lymphoma. At that time, she and her husband, Mariano, thought they were never going to be parents. As the years went by she was eventually discharged from oncology and this led her to completely changing her perspective. Now she felt well, she wanted a family of her own.

Based on conversations with several friends and acquaintances the couple opted for a clinic which was recommended by many. Unfortunately they were unsuccessful after many cycles leading to the couple to regretfully contemplate a future without children of their own.  Tania thought at the time, “It slightly confirmed what we suspected: we were not going to have family.”

The couple needed a two-year break to recover from the hardship and disappointment. Shortly after a chance conversation the couple were alerted to Clínica Tambre, who appeared to have an excellent track record in treating patients with as similar history to that of Tania. This revelation was potentially life changing and the couple set about finding out more about Tambre; the options offered and the specialists employed who might be able to turn their dreams into reality.

How was the journey in a new centre?

They arrived at the centre excited but also with an element of foreboding as their fertility journey until that point had been unsuccessful. Both were consumed with anxiety and uncertainty. Looking back to that moment the couple now recognise that this was a turning point in their particular journey. As Tania explains,

“Everyone at Tambre exuded warmth and professionalism; we knew immediately that this was something we had not experienced before. We had been to different clinics and this experience felt different from the first moment we walked through the door. Tambre was different, we knew Tambre would be the one”.

This feeling was cemented after the first meeting with the couple’s doctor, Esther Marbán.  Tania explained that her first experience with the physician had been positive, she immediately felt supported and the range of treatment options were fully discussed very early on.

Unfortunately the first cycle undertaken at Tambre was unsuccessful. Whilst another blow for the couple they were heartened by the response from Tambre. In the face of adversity, anguish and fear the Tambre team were empathetic throughout this time, providing much needed practical, emotional and psychological support. This support was invaluable to Tania,

“The psychological factor is a factor that must be taken into account. For me it counts a lot, just as much or even more than the medical matter.”

Working with Dr. Marbán the couple were able to finally realise their dream. The first positive beta occurred while the couple were travelling in Florence, a fact which would influence the naming of their first born, Leonardo. Their second son, Oliver, was born only a few months ago. Tania was over the moon,

“We didn’t have much hope that this was going to happen, but it happened, and it happened twice. “

The question is: will it happen again? The couple said that they still have a vitrified embryo at Clínica Tambre and therefore don’t rule out the possibility of trying to have a girl in the future!

What have they learned from their story?

Looking back, Tania realises that although there were some very tough moments during the process, they are the moment you forget if you are fortunate to have a happy ending to your fertility journey. She advises other people with reproductive difficulties not to delay the start of their treatment as time is always your enemy. According to Tania, if you try, you won’t regret it, but if you don’t, you probably will. Tania created a wave of optimism that we hope will encourage many other women and couples to begin their journey towards parenthood,

“In life, when you have to make a choice, it’s usually about what careers should I choose; what car to buy or where am I going to live? You don’t usually ask yourself: what kind of assisted reproductive technique do I require? But there are many cases, like mine, in which you will need to make this decision. In the end, there are always options and by personal consideration and professional advice you can address these and accomplish your goal.”