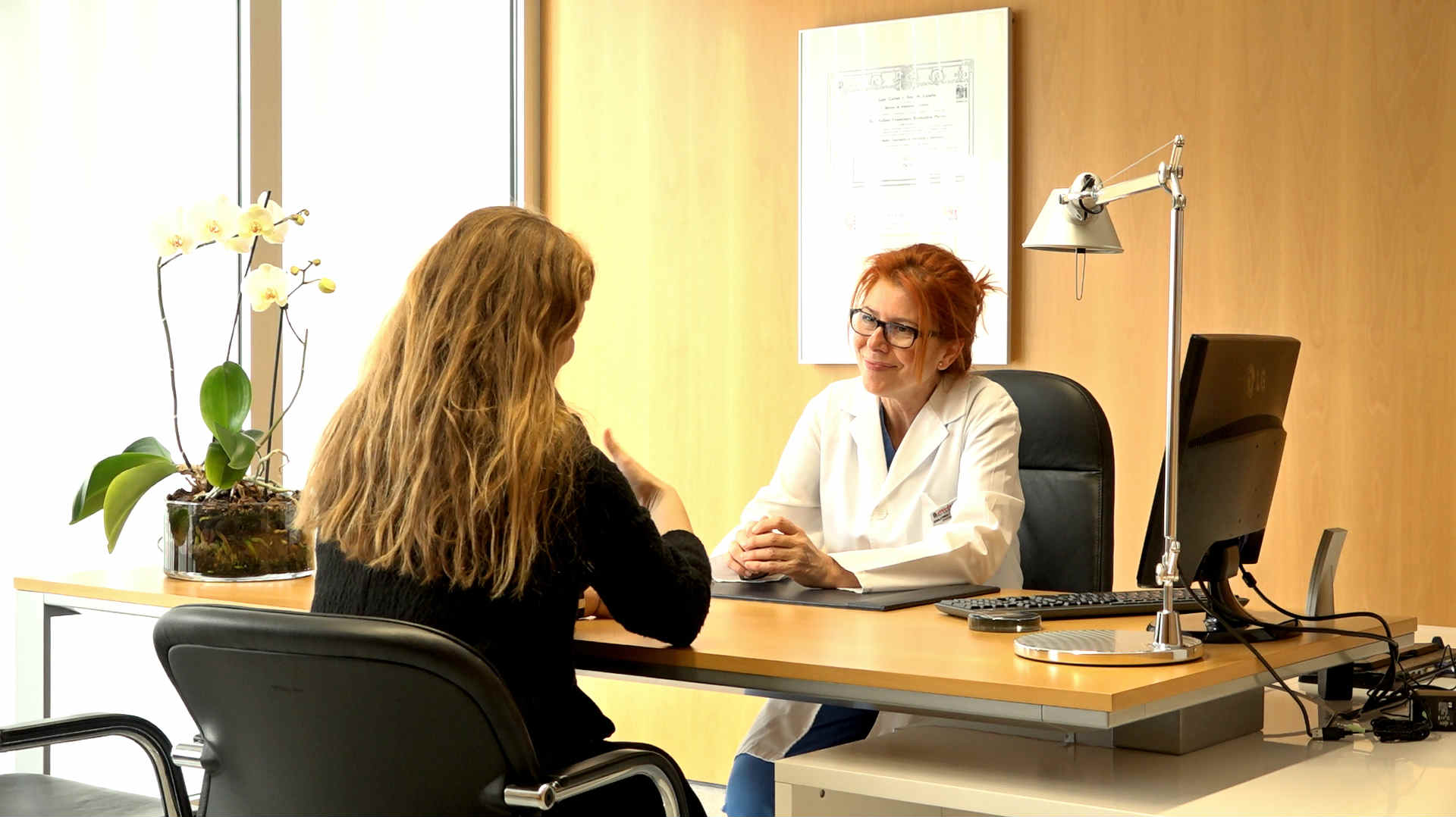 At the age of 47, María had a successful career and a wish that had been put on hold, that of having children. She had always wanted to be a mother, but the time had never been right, she was waiting for the best occasion. She had hoped to have a stable partner with whom to share her maternity, but this was not to be. Since her desire for motherhood was so strong, she felt that age should not be a barrier. She knew she needed help and she did not hesitate to seek it at a reproductive medicine clinic. There, she discovered two things, that the menopause was knocking at her door and that, yes, with the menopause, she could be a mother.

We contacted the experts who deal with complex cases at Instituto Bernabeu, a clinic that specifically studies and provides a solution to cases of female infertility, including premature ovarian failure, when the patient has a poor ovarian reserve or has ceased to ovulate naturally. At the reproductive medicine clinic, they explain that the menopause is a physiological change that women usually experience between 45 and 55 years of age, a vital moment that nowadays usually coincides with the personal period of professional consolidation, but which biologically involves the end of menstruation and therefore the depletion of eggs or a reduction in their quality, “another natural stage for women,” as they say at Instituto Bernabeu.

If the patient has previously considered her future maternity and has had her eggs frozen, these can be used. If she has not done so, two main treatments are available to enable pregnancy to be achieved with menopause: egg donation and embryo adoption.

The desire to be a mother is not limited by age and more and more women who have reached the menopause are attending the clinic to achieve motherhood. The circumstances of each person are very different. Sometimes, as in the case of María, because time passed by and the right partner did not arrive, on other occasions because the person has a new partner or other personal reasons. What they all have in common is that time is not seen as a barrier to achieving pregnancy. Instituto Bernabeu has an ethical limit to the age at which a woman may begin fertility treatment: 50 years. This is the maximum age at which the centre considers that a healthy pregnancy can be ensured, both for the mother and for the future baby.

For other cases, when the ovarian reserve or the egg quality is limited, even if the patient has not reached menopause, Instituto Bernabeu has a specific unit that provides a detailed and personalized response to these patients, opening up the possibility of offering many women the chance to be a mother with their own eggs.

How To Plan a Pregnancy

What is PCOS and why does it affect Fertility and What can you do to improve your chances of Conceiving?

How To Plan a Pregnancy