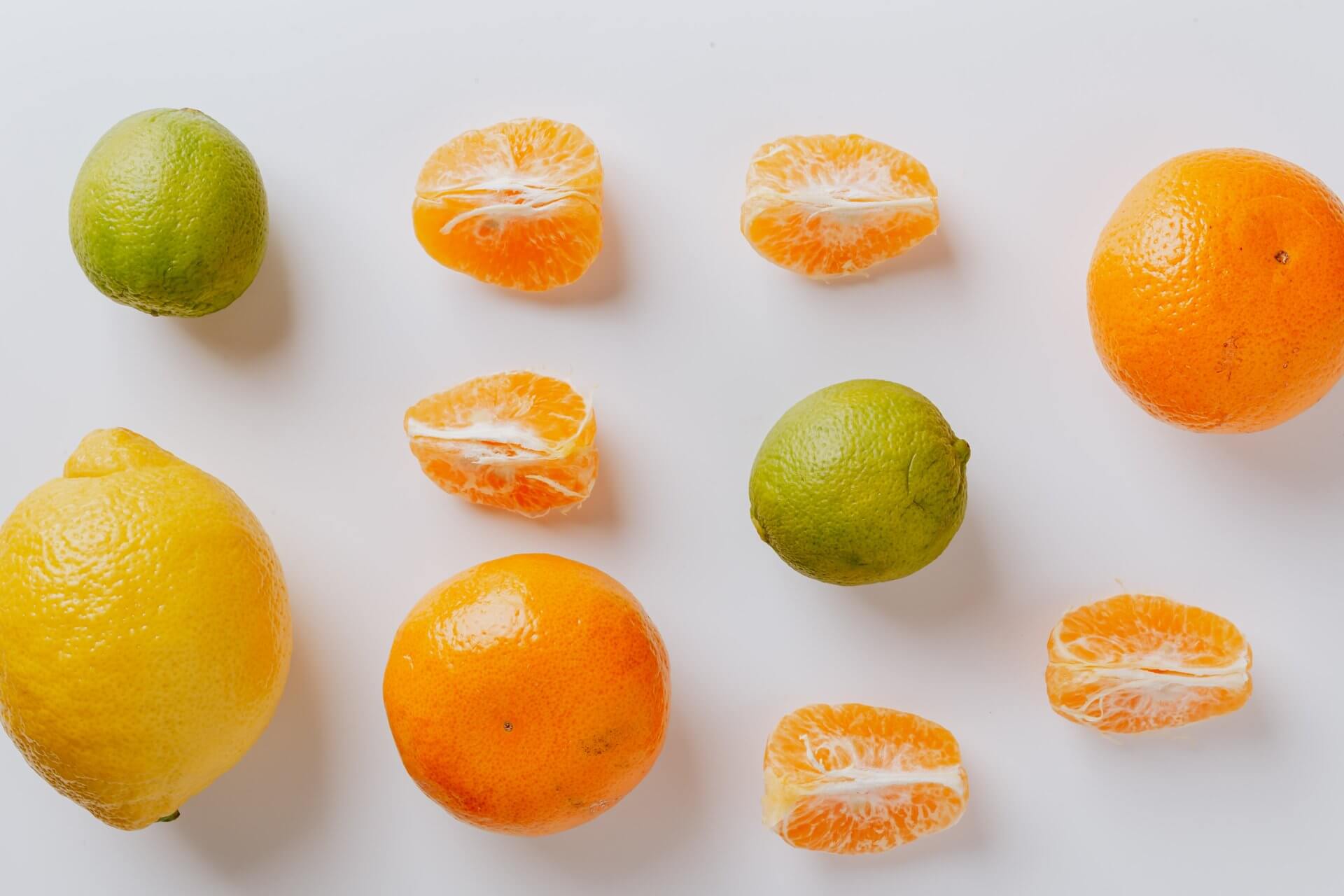 Amongst the diverse approaches to COVID-19, plant bioactive compounds – such as hesperidin in citrus fruits and their juices – are now being evaluated as pharmaceutical agents for blocking the entry of SARS-Cov-2 into body cells and limiting viral replication.

New research detailed in the journal, Medical Hypotheses, suggests that hesperidin could potentially assist in the prevention and treatment of SARS-Cov-2 infection in three ways:

Commenting on these research findings, GP Dr Gill Jenkins notes: “Hesperidin – an antioxidant and anti-inflammatory compound – is emerging as a compound that could potentially block the entry of the SARS-Cov-2 virus into cells, inhibit replication and help manage inflammation. While clinical research is required to develop the concept, it is interesting that citrus fruits and their juices are already known for supporting normal immune function thanks to their rich vitamin C and folate content”.

This e-news will explore evidence from several studies published during 2020.

What is Vitamin P?

Hesperidin, also called Vitamin P, is a polyphenol found in citrus fruits. One of the most bioavailable sources is 100% orange juice which contains 78mg of hesperidin per 150mL glass. Once absorbed, hesperidin can be measured in the blood as its metabolite, hesperetin.

A review published by Profs. Bellavite and Donzelli in the journal Antioxidants revealed that hesperidin has a high affinity for the coronavirus ‘spike’ protein, and with the main protease enzyme that transforms cell proteins into building blocks which are then commandeered for viral replication. This means that hesperidin can stick fast to the viral tools for unlocking cells and breaking down proteins, preventing them from functioning properly. Protease enzyme inhibitors are already widely used in drugs which target the HIV virus, leading to improved quality of life for patients.

Starting with a detailed knowledge of the SARS-Cov-2 structure, the scientists worked out which natural or synthetic substances had the lowest ‘binding energy’ for the virus. A low binding energy translates into stronger, more specific blocking of viral activities. The assessment is conducted using computer modelling to simulate the behaviour of active ingredients, screening many substances at speed without the need for laboratory work, and then focussing clinical trials on the most promising candidates.

In one study, Chinese scientists analysed all the proteins encoded by SARS-Cov-2 genes, compared them with proteins from other coronaviruses, and predicted their structures. They then identified 21 viral targets and matched them with 1,066 active substances used in complementary medicine and 78 known anti-viral drugs, including those either on the market or undergoing clinical trials with SARS-Cov-2.

Amongst all the substances screened using an advanced computer modelling programme, hesperidin was found to be the leading candidate for blocking the entry of COVID-19 virus into body cells, with even more binding affinity than known anti-viral drugs.

How does Hesperidin work?

Angiotensin Converting Enzyme 2 (ACE-2) is a key receptor on many types of human cells, including those in the lungs, blood vessels, kidneys, liver and gastrointestinal tract. Its job is to control levels of angiotensin II, a protein that increases blood pressure and inflammation. While angiotensin II is essential, too much of it damages cells and leads to excessive inflammation.

The coronavirus spike protein receptor has a high affinity for binding to ACE-2 and acts as a viral key to unlock our cells and gain access for the intruding virus. It also stops ACE-2 doing its job so angiotensin II levels spiral out of control. Once inside, SARS-Cov-2 commandeers the cell’s proteins to replicate itself multiple times then bursts out to infect other cells.

Researchers have found that hesperidin was the only tested compound that could specifically target the binding surface between the coronavirus spike protein and ACE-2, potentially disrupting this key interaction between the cell’s receptor and virus. Disruption is believed to give the immune system more time to fight the viru].

In other research,  researchers evaluated the ability of various flavonoids to bind to the SARS-Cov-2 spike protein and the ACE-2 receptor. Polyphenols with known anti-viral, anti-inflammatory and antioxidant characteristics were tested to evaluate this interaction.

Hesperidin showed the strongest binding affinity and the best docking match with the coronavirus spike protein, followed by naringin (found in citrus fruits) and epigallocatechin gallate (found in green tea), whilst quercetin (found in apples) showed the highest affinity for the ACE 2 receptor.

Is Hesperidin the most effective blocker of viral enzyme?

Another theoretical site for binding between hesperidin and SARS-Cov-2 is the main protease enzyme that allows the first viral proteins (pp1a and pp1ab) to be transformed into their active versions, and take over the cell’s manufacturing capabilities to create more copies of the virus. This viral enzyme is known as 3Clpro or MPro (main protease) and is the target of several clinical studies on antiviral drugs.

In a detailed molecular docking (binding) study by Turkish researchers, the SARS-Cov-2 MPro was docked with 80 flavonoid compounds, including hesperidin, rutin and diosmin. Amongst these, hesperidin had the highest affinity for COVID-19 MPro and a higher binding affinity than the antiviral drug, nelfinavir.

This is backed by trials in Indonesia which examined a wide range of bioactive plant compounds and their capacity to bind to the SARS-Cov-2 spike protein, the ACE-2 receptor and MPro. The most effective was hesperidin which had the highest binding affinity and strongest docking to these viral targets. Hesperidin was even more effective than the anti-viral drug, lopinavir, which is being evaluated in clinical trials for COVID-19.

Hesperidin is well known as a bioactive substance with anti-inflammatory and antioxidative activity.[10]

The antioxidant capabilities of hesperidin can lower the risk of cell damage when cytokines are mobilised to fight invading viruses. Collateral cell damage caused by the cytokine storm is responsible for some of the most serious symptoms of coronavirus.

Laboratory research has also shown that the metabolite, hesperetin, significantly reduces secretion of inflammatory cytokines, including interleukin (IL)-1β and IL-6.

Is COVID-19 primarily a vascular disease?

Some experts now believe that SARS is primarily a vascular disease. COVID-19 has major implications for the cardiovascular system and can infect endothelial cells potentially putting a strain on the heart.

A study from Leeds University published this summer reported that a daily glass of red-orange juice improved flow-mediated dilation – a marker for the health and function of blood vessels. Therefore, hesperidin could make a contribution to COVID-19 management and outcomes via its positive effects on cardiovascular health.

100% orange is a bioavailable source of hesperidin

Citrus fruits are the main source of hesperidin in the diet, with a 150mL glass of 100% orange juice providing 78mg of hesperidin. While whole oranges contain more than twice the hesperidin content of orange juice, the body absorbs a similar amount from each source. This could be due to fibre particles in whole fruits blocking absorption.

When comparing commercially-produced orange juice with homemade, the former provides nearly three times more hesperetin (the main blood metabolite). This is probably because commercial squeezing is more thorough and releases some of the hesperidin present in the peel and pith.

Dr Jenkins concludes: “There is emerging evidence that hesperidin – a polyphenol found abundantly in citrus fruits and their juices – may be a novel candidate in the fight against coronavirus. While awaiting clinical trials, it’s worth noting that the European Food Safety Authority has already authorised health claims relating to supporting normal immune function for vitamin C and folate – both of which are found in 100% orange juice.

This simple and pleasant food may have more benefits than we previously realised.”